Recently completed a painting of my nephew, Mike, with his 2001 Jeep Cherokee. It's based on a painting I had done a few years earlier of his father with his car, parked in the same driveway from 1985. Both photos were taken in my parents driveway; a landscape I know all too well, even with all the changes over the years. The biggest would be the light blue lumber yard pictured behind my nephew in the distance, a place I had worked at for 9 years; Clearly nonexistent during the time my brother's photo was taken. Both pieces are shown below and can be found on the Brush Page. 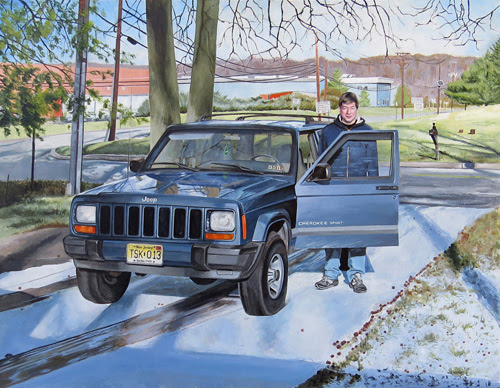 Also added to the site is a sketch I had done last year of the late James Gandolfini, which can be found on the Fan Art Page. As a huge fan of The Sopranos, I had been quite shocked by the news of his passing back in June. While searching online news stories and trying to learn more details about what had happened, I had been sketching from a reoccurring picture of the actor during those few days. The result was a nice surprise for a doodle; a decent likeness of the actor who captivated us all as a New Jersey crime boss Tony Soprano for so many years. 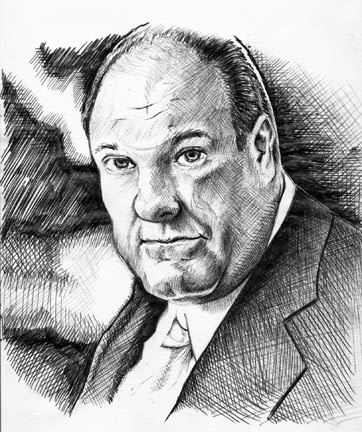